When not riding Tiger liked to go fishing or play one of many sports. He played bowls at a competitive level winning many tournaments.Tiger played golf at Yokine, Royal Fremantle and Hartfield clubs. He played off a 1 stroke handicap and played pennant golf many times. In his younger days he also played football and cricket like his father, Frosty Moore. But this proved difficult later as the demands of riding and a family took hold.. 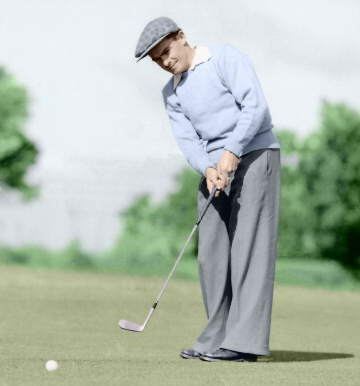 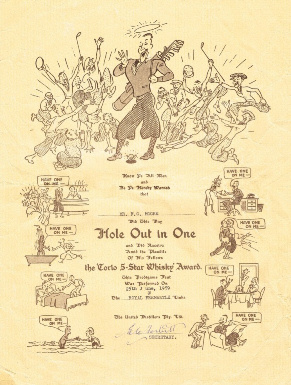 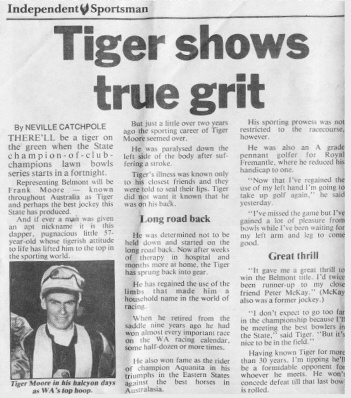 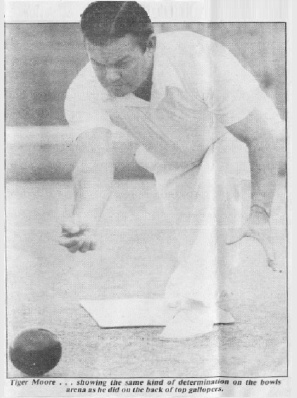